I’m going to take just half an hour to write something for CP before I dive into studying GRE math. 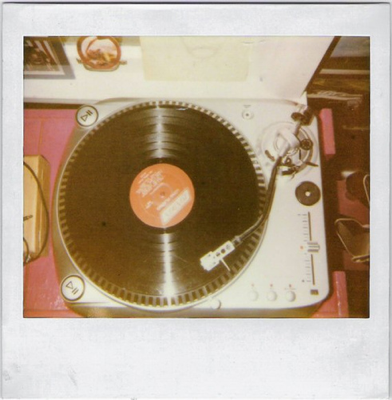 Class was a mess today. I under-prepared on purpose, because if I can’t wean myself off of spending three, four, or even more hours than that prepping each class, I don’t think I’ll even be able to afford to teach next semester if I want to.

The students are in the middle of their ‘research papers’ unit. It’s been a week since our last class meeting because of the Rosh Hashanah holiday.

Long story short, I ended up feeling annoyed in and after class today: a mix of feeling crestfallen for having failed them a bit, and angry at them for not being better students who would get my lesson.

Last time we met, I helped them refine research questions. Over the break, they were supposed to do the actual research, and come to class with an outline of their paper, a tentative list of references, and a tentative thesis statement.

For class today, my mother had given me this exercise that she likes to do with her own classes. For this exercise, you come into class and you say, okay, write me a bad thesis for this paper you’re working on. Make it really bad! As bad as you can! Most of them don’t understand, but you throw all of the ‘bad theses’ up on the board, and as you talk about it, you all slowly come to understand what a good thesis is: not just a statement of fact, not something you can’t support with evidence, and so on. Ideally, there are a few laughs; inevitably one of the ‘bad theses’ turns out not to be that bad after all, etc.

So I did that, and they didn’t get it all that well, and it was eight o’clock in the morning. I tried to tell them that a thesis is a statement of opinion, and that completely confused everyone because they’ve been working on these research papers where they’re just trying to find answers to a question. I back-pedaled and tried to say that in the case of a research paper, a thesis should be a true synthesis of all the research that they’ve found, filtered through their own judgment; for instance, if they find a difference of opinion in their sources, they should agree with one side or another, and argue for it. The more I talked, the more bizarre the assignment started to seem…did I want a real thesis or didn’t I? It no longer seemed clear. Bleagh!

We should have a whole semester to do research papers. A research paper is a complicated thing. These kids are lost, and I don’t think I’m leading them very well right now because I don’t have much of a sense of what an undergraduate research paper ought to be or do, either.

I gave them the last half-hour of class to work on their theses and outlines before handing them in. Most of them surfed the internet, I’m sure. Well. For $2800 a semester, I thought, I’d better slack off once or twice.

One thing I did notice was that having one sentence by each student up on the board raised the stakes of participation slightly. Each student whose sentence we were talking about at that moment would smile shyly and pay extra attention. So maybe there’s another lesson for me in there somewhere.

It’s fall! I left the house without an appropriate jacket today, just a thin silk sweater and a wool shawl I’m enjoying pulling around me this way and that on the subway and on the street.

Here’s a professor confession for you: I started taking Zoloft again on Monday. It’s been over two years since I’ve taken antidepressants, so this is a big deal for me. Like so many other people, I started in college, and took them almost continuously—with a few breaks of varying lengths, some of them disastrously ill-timed—from then till the time I was 27. I was grateful for the relief from anxiety and occasionally overwhelming sadness, but I also always felt strange and a little grumpy about it: I wanted to be me, not some drugged up version of me! I wanted to adjust the world to myself, not myself to the world. I worried that antidepressants would mess with my natural talents and, in some funny way, prevent me from fulfilling my potential. I guess I worried that they’d make me normal but keep me from being unique, or even—embarrassing to say it—from being great. I stopped writing stories and poems around the same time that I started taking antidepressants (incidentally, that was also the time that I started going to college, so I don’t think it will ever be possible to pry apart the variables), and I always wondered about that. Would I be more creative without antidepressants? Perhaps, in some way, more self-actualized and therefore more deeply fulfilled?

I don’t believe all of those things anymore, but I mulled them over for a long time. I always fantasized about a future life in which I wouldn’t have to take antidepressants, because I’d have figured out a way to be all right with myself. When I got to New York two and a half years ago, I decided that I’d test the ability of my new home and my new full-time work routine to sustain me. I started tapering down on the pills, very slowly. Six months later, I was pill free.

I’d wanted to prove to myself that I could live without antidepressants. And I think that I succeeded. My decision to start again now doesn’t feel like one made under duress. I’ve been going through a rough-ish time, but I’ve been through other rough times in the past couple of years, and they’ve always given way to less-rough times as the days pass. I’m sure that would happen again. On the other hand, a funny thing has happened. Now that I know I can live without antidepressants, I feel less weird about taking them for what they can give me. I’m ready, or getting ready, to move on to the next phase in my life. I’m not totally sure what it will be or how long it will last. It has something to do with modifying my work life—I’ve been in an ad-hoc, freelance-y, liminal space for most of this year, and am getting ready to move out of it—and it feels like everything else is on the table, too: love, whether or not I’ll stay in New York City. Everything is up for consideration, and that’s exciting, but also scary. I know my depression triggers by now and these are a lot of them: transition, the potential for disconnectedness, being in a situation where I have to assert myself and compete. I want to get it right this time, and if I need a little backup for that, so be it.

Secondly, I feel better about taking antidepressants again because I had two years to get to know myself without them and—I wasn’t that different. Am not that different, on or off. I haven’t been cranking out stories and poems in my unmedicated state, which makes me feel a little bit bad, but it’s also taught me that that kind of creativity probably has a lot more to do with my intention and the kind of space I create or don’t create for it than with some kind of magic trigger in my brain.

I’m over my half-hour now by some, and I haven’t even gotten to the title of this post. A friend of mine mentioned to me yesterday that sometimes, when you’re walking around in the crisp fall air, it’s good to imagine the Rolling Stones’ “You Can’t Always Get What You Want” playing in the background, and imagine your life as the movie of your life, rather than your actual life. We talked about how the song is feel-good, but also feel-bad. Is autumn itself a feel-good but also feel-bad season? It is the most nostalgic season.

The other night my friend and I were talking about, in her words, “wanting to live an interesting and to-the-bone life without sacrificing economic security or convenience.” I’m thinking about that a lot lately, and I’m thinking about “You Can’t Always Get What You Want,” and the crisp, heart-pulling, feel-good/feel-bad urgency of fall is in the air, and I’m not sure where the chips are going to land.